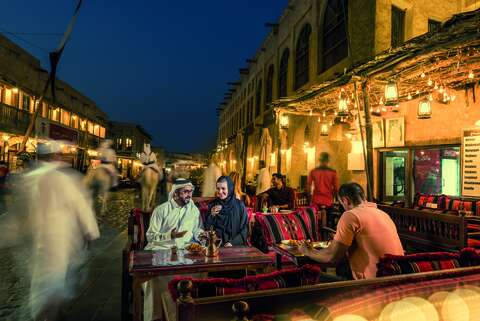 The culture of coffee in the Arab world

As you look into your cup of joe, consider the history you hold in your hands.  With an estimated 2.25 billion cups of coffee drunk daily around the world, coffee has been stolen, smuggled and banned, and illustrates globalisation at its earliest.

The word coffee derives from the Arabic gahwa, and much like the drink, the word itself was adapted as it moved westward. Legend has it that coffee was first discovered in present day Ethiopia by a goat herder named Kaldi whose “dancing goats” alerted him to the stimulant. From Ethiopia, the magic bean spread to Yemen, then through the Levant before making its way to Europe and Asia.

Arabic coffee is imbued with tradition, with elaborate rituals surrounding the preparation, serving and consumption.  Younger members of a family prepare and serve coffee in a dallah, the distinctively shaped pot, offering it to the senior most member of the gathering before moving from right to left.  The traditional cup (finjan) is handed over with the right hand (never the left), and filled a third of the way.  Guests nibble on a date or something sweet with their coffee, and when they’ve had enough, they gently shake the finjan from side to side.

Coffee culture also has its beginnings in the Arab world, along with the inception of coffee houses – hubs for discourse and the sharing of ideas. This tradition continues in the majlises which remain a staple of present day Qatari society.  Harkening to Bedouin days, the majlis is traditionally a male-only space, where the leader of a tribe and his male family members discuss marriage, politics, finances and adjudicate any disputes, lubricated by free-flowing gahwa. Younger Qataris meanwhile have embraced coffee in all its permutations, and Doha is home to a multitude of specialty coffee shops, some of which offer modern twists on Arabic coffee (iced gahwa, anyone?)

The best places for coffee enthusiasts

Coffee connoisseurs can drink their way through Qatar’s cafes, taking a trip around the world by sampling everything from gahwa to lattes to cortados. Popular tourist hotspots have plenty of cafés, each offering innovative brews and blends, snacks and desserts and an inviting ambience.

For the latest “it” spot, look no farther than Lusail. The newly developed smart city has a popular box park by the marina, with new restaurants and cafés. Breaking Bad fans can head to Walter’s Coffee Roastery, famous for its lemon and orange brews and iced tiramisu.

Next on the Java Journey, The Pearl-Qatar, where visitors are spoilt for choice. Founded by Qataris, popular cafés include Flat White, Artist Café, Halo Café, and Volume Café, and afford views of the marina, themed interiors, and specialty offerings such as charcoal and rose lattes at Cue Café.

Katara Cultural Village is home to Kava Koffee, which serves specialty blends that act as a perfect pick-me-up during a leisurely stroll through the art galleries, shops and exhibition spaces.  Prefer more plush surroundings? Head to the Sheraton, a local institution, which offers rich Arabic and Turkish coffees in old-world luxury.

Adjacent to Souq Waqif, the newly revitalised Msheireb Downtown lies in the heart of Doha’s cultural district and houses some excellent cafés including Rusk Artisanal Bakery,  Arabica  and  The Ministry of Coffee  in its elegant Barahat Msheireb town square. One can pick up their favourite specialty coffee and wander around, admiring the architecture or visiting the Msheireb Museums housed in four heritage houses.

Dedicated coffee fans can head to Old Doha, where  Café 42 features beans from around the world, allowing palates to travel while bodies cannot.

Shopaholics can get their caffeine fix at one of Doha’s luxurious malls, with L’eto in Al Hazm or Doha Festival City. Try out their signature artisan brew, chemex or saffron ice-cube latte. For more exotic flavours, Eleven-eleven in the Mall of Qatar has a devoted following for its peanut butter latte and iced coconut latte.

For those looking for some downtime, spend a lazy afternoon at Meesh Me-Time café in the Crowne Plaza, Business Park Doha, or stop by Bo’s coffee in Bin Omran or in the DECC metro station. For a modern twist on the traditional qahwa, try the iced qahwa, available at several locations, including Duhail Sports Club near Qatar University.

Curious about the art of making Arabic coffee?

Read more
Things to do 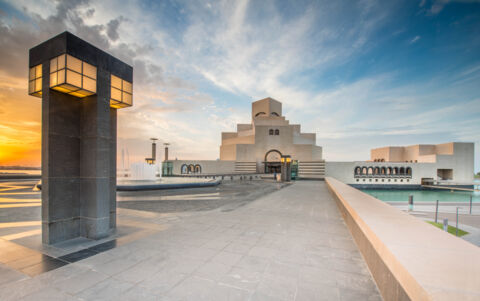 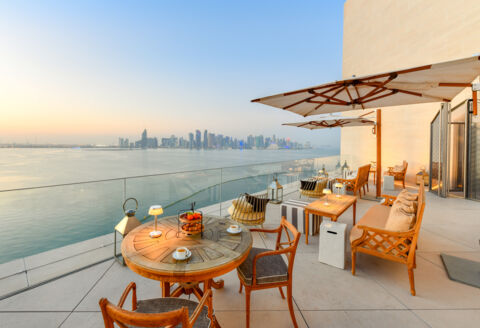 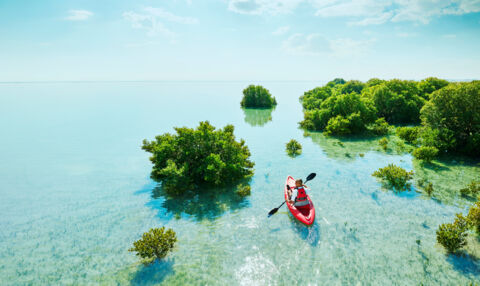