Dahl Al Misfir is an ancient natural formation burrowing deep into the ground.

Located west of Doha, in the centre of the peninsula, Dahl Al Misfir is one of Qatar’s most exciting natural sites.  At 40 meters deep, it is considered the largest and deepest, yet accessible cave in Qatar.  Formed largely of fibrous gypsum, it sometimes gives off a faint, otherworldly glow.

Dahl Al Misfir is believed to have been formed 325,000 to 500,000 years ago during the mid-Pleistocene Era.  Known for emitting a moon-like glow, this phosphorescence is the result of gypsum deposits found in the centre of the peninsula.  These give rise to the geological phenomena known as ‘desert roses’ (clusters of roughly rose-shaped gypsum crystals).

The site is not ticketed, although it is enclosed by a fence.  Visitors should dress appropriately as the temperature tends to drop the deeper one goes into the cave.  Footwear suitable for hiking is recommended as the cave comprises of rocks.

Birdwatchers can look for nightjars, wagtails, bee-eaters, Eurasian hoopoes and more, as they pass through (or sometimes remain in) Qatar enroute to Africa.

Gypsum deposits give off the faint glow Dahl Al Misfir is known for, lending the site an eerie beauty.

Aqua Park Qatar is located near the caves, with fun for the entire family, while Khor Al Udeid (the Inland Sea), and the Singing Sand Dunes offer further adventure at this site where the sea enters deep into the desert. 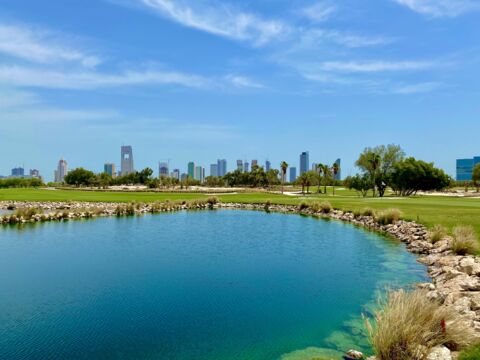 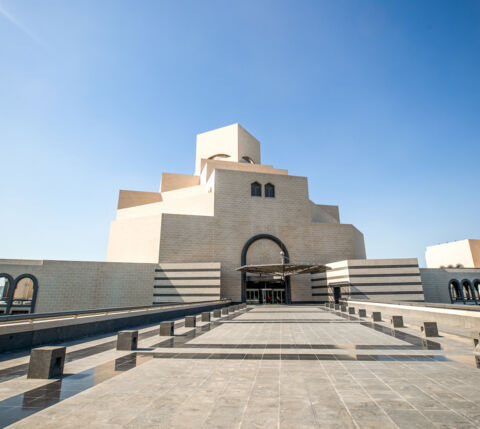