This is the story of Chef Jens Muenchenbach

With over a decade of experience in luxury hotels and restaurants, Hilton Salwa Beach Resort & Villas’ Executive Sous Chef Jens Muenchenbach comes along a vast wealth of culinary mastery and expertise.

Jens started his career in his native Germany in 1998 following the completion of his studies in culinary arts, hotel and restaurant management. In 2002, he joined the Washington Hilton in Washington DC followed by a 4 year stint at the Palmer House Hilton.

From there, his career took him around the world and settled him in China as Chef de Cuisine at the China Grill Restaurant, Park Hyatt Beijing. Soon afterward, Jens led the opening of the Four Seasons Hotel there. 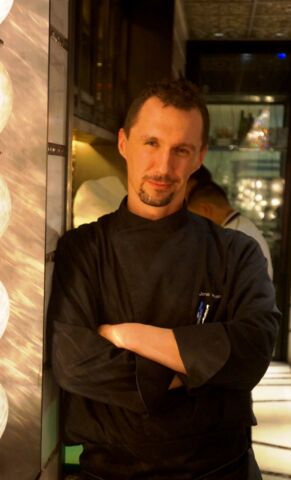 I never stop challenging myself to bring the best forward in creating new dishes inspire traditions that existence has forgotten.

In this dish the 3 main elements Tuna, Foie Gras and Topinambur complement each other very well. The tuna brings a clean, but distinct taste with firm flesh adding a pleasing texture. Earthy notes come from the Topinambur, an underused root vegetable also known as sun choke. Combining these 2 so different elements is the fatty, but pleasing umami of the pan seared Foie Gras. The Onion consommé with a hint of balsamic adds the needed sweetness and acidity to bring all 3 ingredients together. For texture and color baby onion hearts and Brussels sprouts add the finishing touch. 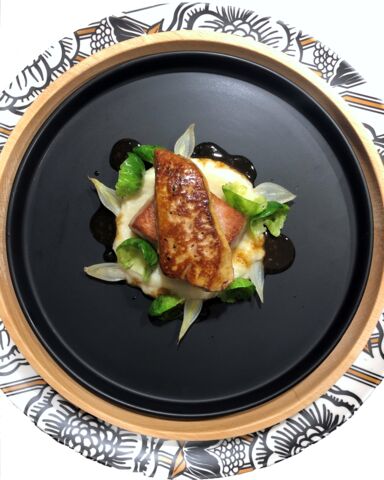