Giving color, flavor and vigor to every dish 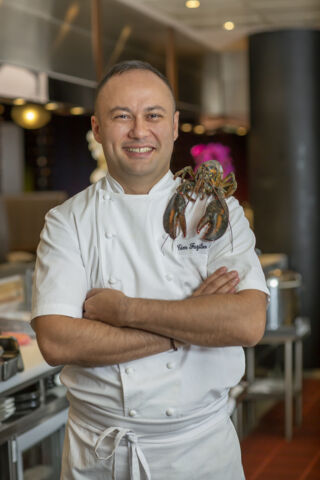 It starts with the sharpening of a knife, sourcing the finest ingredients and giving color, flavor and vigor to a dish until it lands on the table and every morsel is savored. This is the life of Timur Fazilov, who is spearheading the team at Morimoto, Mondrian Doha, as Head Chef. An Uzbek native, Timur has come a long way since his early days in London as a Demi Chef De Partie at Little Bay in Kilburn where he mastered his passion for Mediterranean cuisine. Moving quickly up the ranks and perfecting the art of modern Asian cuisine, Chef Timur is set to turn Mondrian Doha’s Japanese restaurant on its head.

We always try to evolve!

Timur's career began at the early age of 20, with his experience spanning across many international destinations, namely the UK and the UAE. During his time in the GCC, Chef Timur worked at the beloved Zuma restaurant in Dubai as a Junior Sous Chef. The now 30-year-old Chef also worked at The St. Regis Abu Dhabi's award-winning Catch Restaurant and Lounge as Chef de Cuisine, where he led the opening team. In addition to these fine dining establishments, he brought his culinary expertise to Scape Restaurant and Bar at the world-renowned Burj Al Arab. Throughout his career, Timur has worked with some of the world's most revered chefs, including Gordon Ramsay, Richard Corrigan, and Anthony Demetre. World-renowned food connoisseurs have widely recognized his extensive knowledge and experience in creating unique international dishes.  Chef Timur is the recipient of the Chef of the Year Finalist award by Time Out Dubai in 2013. He is fluent in several languages including English, Russian, and Uzbek. 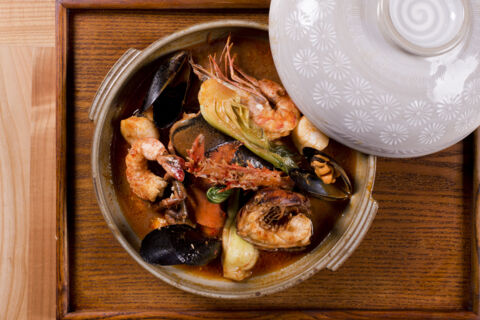 "The flavors and natural saltiness of our fresh products and miso creates a perfectly rich and deep UMAMI flavor." This signature dish consists of three 'colors' of miso: white, yellow, and red. The darker the color, the longer the miso has been fermented. "Our red miso is from Chef Morimoto's hometown Hiroshima. It is fermented comparatively for a long time (over a year) with natural GM-free soybeans and a blend of both barley and rice-based miso. Red miso is stronger and saltier, and there are no additional flavors added," he elaborated. This butter-rich red miso broth is a wonder complimenting the roasted mushrooms and great selection of Canadian lobster, Alaskan king crab, Hokkaido scallops, Australian mussels, Mediterranean clams, and Gulf prawns in this melting pot of flavors.

The first restaurant in the Middle East by renowned Chef Masaharu Morimoto, patrons can enjoy signature omakase and the finest sushi along with Japanese Wagyu beef. 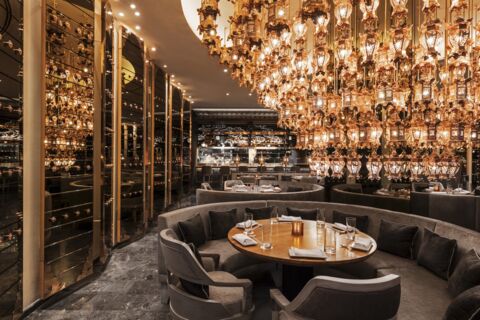