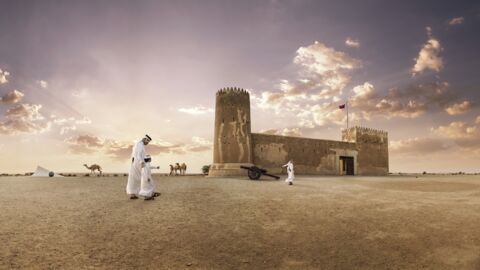 Adjacent to the walled coastal town of Al Zubarah, this 20th century fort is the youngest and most prominent feature of the Al Zubarah Archaeological Site, a UNESCO World Heritage site.  A pristine example of a typical Arab fort, its one-meter-thick walls warded off invaders and helped keep rooms cool during the hot summer.  This important site houses residential palaces, mosques, courtyard houses, fishermen’s huts, streets, double defensive walls, a harbour, a canal, and cemeteries. 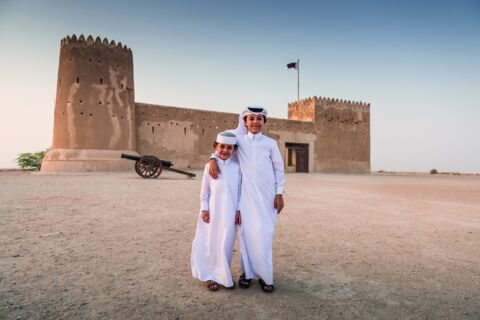 The fort overlooks the ruins of a once bustling pearling and trading town which bore witness to fierce tribal battles in the 18th century as powerful empires fought for regional dominance.  Today, the fort has been transformed into a museum where visitors can explore artefacts from the pearl diving era. 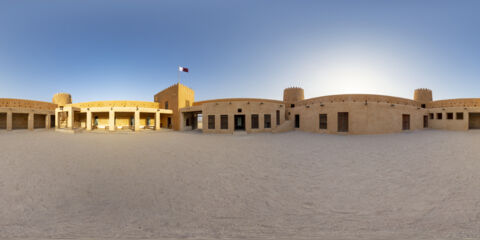 Adjacent to Al Zubarah, Qal’at Murair was a strategically important site, providing ease of access for boats to trade and collect water along its canal, the remains of which are still visible today. Qal’at Murair - a large rectangular enclosure with four corner towers, originally featured domestic buildings, a mosque, cisterns, and large wells – and the fort remained occupied until the construction of the new Al Zubarah Fort in 1938. Visitors can see items such as original pots and pans, diving weights that would have been used by pearl divers, cannonballs, clay pipes and even coins.

The heavily fortified town of Al Zubarah fell to forces loyal to the Sultan of Muscat in 1811. In the 19th century it expanded into a bustling settlement that would go on to form the beginnings of the modern-day Gulf states.  Once a prosperous trading town, Al Zubarah was abandoned in the 20th century, buried over the years by the sand.  Thus preserved, it is now an example of the trading and pearl-diving tradition in the Persian Gulf, bringing to life the region’s position as a conduit for trade during the 18th and 19th centuries.

The Zubarah fort was central in regional power struggles.

To the northeast of Zubarah, visitors can see Al Thaqab Fort, and if lucky, catch turtle hatching season along the coast.  Near the town of Al Khor, visitors can kayak through the Al Thakira Mangroves, or explore Bin Ghannam, also known as Purple Island for the dye produced here in antiquity. 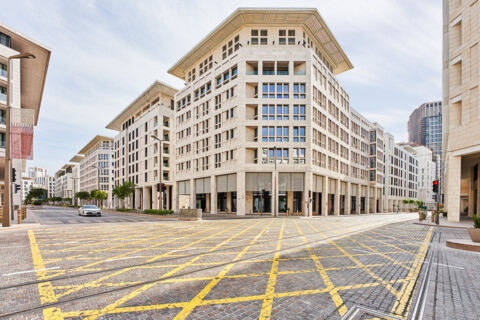 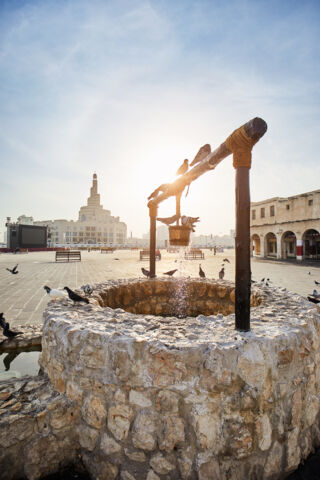 12 things to do in Souq Waqif