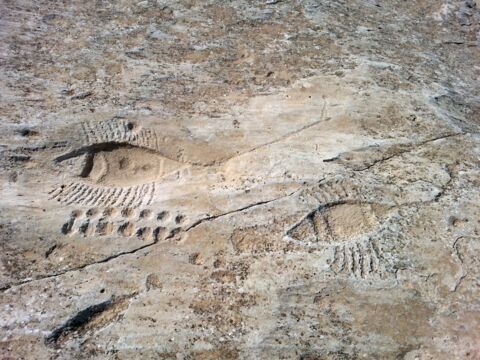 Located in the north-east of Qatar, Al Jassasiya is the most impressive of Qatar’s dozen rock-carving sites. It comprises a total of 874 carvings, known as ‘petroglyphs’, the earliest thought to date from Neolithic times. What may appear to be a deserted sandstone quarry is a heritage site packed with mystery.   Discovered around 1957, the rocky desertscape has distinct carvings stretching across an area 700 meters wide. The Al Jassasiya rock carvings feature various shapes, including rosettes, fish, ostriches and cup marks. Carvings of dhow boats, which remain in use to this day, offer a direct link to a long ago past. The cup marks are believed to represent vessels used to store pearls or play ancient board games known as Al Haloosa or Al Huwaila.

The petroglyphs were further studied and catalogued by archaeologists who identified the Al Jassasiya rock carvings as one of Qatar's most significant ancient sites.  Some suggest the carvings could date back to the 3rd century BC, while others put them somewhere between the 10th and 18th centuries AD.  The etymology of Al Jassasiya offers a clue as to its historical purpose. The word means “hill” or “the searchers” in Arabic, and as it is on a raised area overlooking the sea, it was most likely used as a lookout to watch for ships entering Qatar.

Another remarkable finding is the remains of residential settlements. These dwellings hold pottery from the 15th century and have been preserved after being recovered in and around the Al Jassasiya site's rocky outcrop. Offering tantalizing glimpses into the past, the site remains an enigma decades after being discovered.

The cup marks found in Al Jassasiya are said to have been used to store pearls or ancient play board games such as ‘mancala’ known as Al Haloosa or Al Huwaila in Qatar.

Discover the Museum of Islamic Art 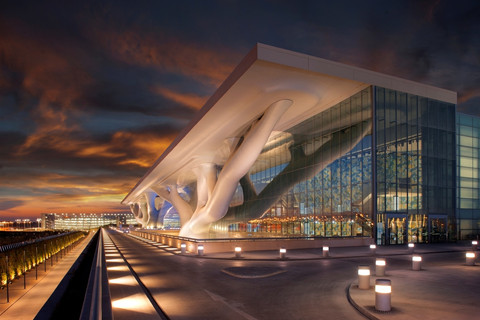