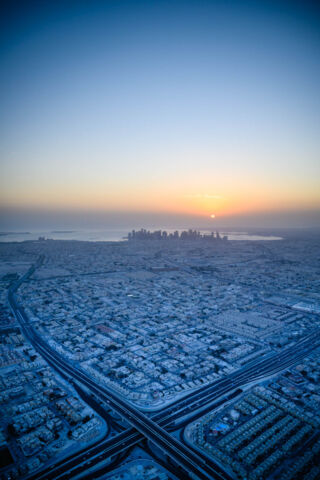 Enjoy a range of activities when in Qatar

The Khor Al Udaid desert region accounts for many of Qatar’s more adventurous activities with local operators’ ever-popular desert safaris enabling visitors to choose from a smorgasbord of authentic, adventurous experiences such as dune-bashing excursions and camel rides.

From rock climbing and canyoning to hot air ballooning and skydiving, the options are endless, though it’s not necessary to be a complete adrenalin junkie or petrol head to get the most out of your trip. Hiking and cycling are just two of the more accessible options available, while a gentle jog or stroll along the Corniche is an excellent way to start the day in Doha.

Aspire Zone, also known as Doha Sports City, is another rich resource helping travellers get their fill of active adventure in the capital, supporting a wide range of facilities spread across about a square mile. From running tracks and racquet sport courts to football pitches and other green areas, there’s much to enjoy. There’s even a strong sports medicine offering, centred on the Aspetar facility, while soothing bird sounds relayed through the onsite speakers give the feeling of exercising amid nature. 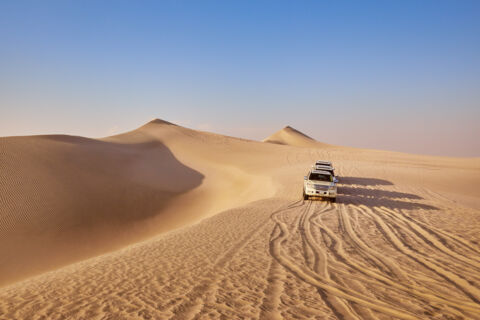 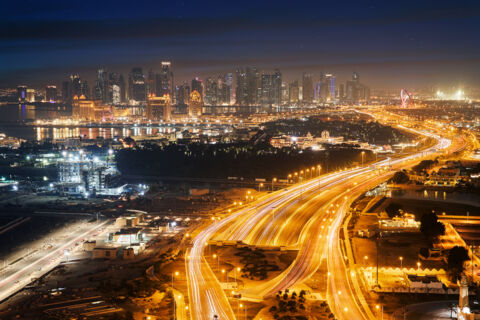 Adventures among the dune-filled desertscapes of Khor Al Udaid may start out placidly enough, with a gentle ride out of Doha in a four-wheel-drive vehicle, but once you reach Sealine Beach, where the driver pauses to let some air out of the tyres on    the desert edge, it’s time to let the games begin.

If football is considered the national sport, then dune bashing must be a close second. It’s almost a point of pride among the drivers to scare passengers witless, the occasional pause in proceedings giving just enough time to consider thoughts such as ‘he’s not really thinking of going up there, is he?’ before a floored throttle propels you up a near-vertiginous incline, possibly pausing to take in the views of the surrounding dunes and the twinkling waters of the inland sea, before careering down the other side at breakneck speed, then onto the next challenge.

Needless to say, it’s all good, wholesome fun, and getting flung about in the back of a lurching Land Cruiser is almost a rite of passage when visiting the country.

Other activities on offer around Khor Al Udaid’s desert camps include camel riding and sandboarding, which will have visitors grinning ear to ear as their skills improve and they start carving up the dunes like a pro. ATV, quad bike and fat bike excursions are also popular, with no previous experience necessary.

Half- or full-day excursions are freely available while overnighting allows more time for activities such as swimming in the inland sea. Plus, you can enjoy traditional Bedouin-style desert hospitality, including sumptuous barbecue banquets, tasty karak tea and fireside shisha sessions before sleeping under, or snapping, the star-filled sky. All in, it’s the perfect, flexible adventure.

Conditions may be typically hot and arid, with mountains and valleys notable by their absence, but visitors can still expect a great range of hiking opportunities, from desert dunes to invigorating coastal encounters and routes such as the Umm Bab trail.

Zekreet is one of the best bets, lying about 50 miles from Doha. The star of the show is the monumental landscape, home to the crescent-shaped Bay of Zekreet and Ras Zekreet promontory, which juts alluringly into the bay, the wind-carved, mushroom-domed outcrops further adding to the photogenic topography.

Fuwairit, one of the country’s best beach areas, is another great spot with one nice easy option taking visitors along the beach to Al Mafjar, via Al Ghariyah. The area is also a good spot to try other activities such as kitesurfing.

Other areas to consider include Ash Shaqra, in the Al Wakrah region, around 30 miles south of Doha. Speaking of which, options in the capital itself include the four-mile bayside Corniche and the running and walking tracks at Aspire Park.

If events such as the Tour of Qatar spurred local interest in cycling, it’s the government’s ongoing investment programme that’s taking pedal pushing to the next level.

Milestone developments include the February 2020 opening of the Olympic Cycling Lane, a car-free, two-lane gem stretching from Doha to Al Bayt Stadium, near Al Khor, offering a 40-mile round trip with ample parking at each end. Plus, dedicated cycle paths now shadow major arteries such as the Al Shamal Road, with the Doha to Al Ruwais route among the longer distance options trumpeted by the Qatar Cycling Federation.

Safe places for little ones to gain some confidence include Doha Festival City Mall’s one-and-a-half-mile cycling track and Doha-based cyclists can even try out the Losail International circuit on Wednesday evenings between October and June, with Tuesday evenings reserved for women and children. Plus, there’s a handy onsite bike hire service.

Other family-friendly offerings include the scenic cycle path from C-Ring to Hamad International Airport, or the various routes out of Ash-Shahaniya, taking in sites such as Al Dosari Zoo and Game Reserve.

Fat bikes and mountain bikes open up Qatar’s desert dunes, sandy beaches and scrubland. Key focuses include the Zekreet peninsula while the Al Khor MTB trail helps unlock the majesty of the coastline around Fuwairit.

More adrenaline-pumping options include racing fat bikes down Khor Al Udaid’s towering dunes which play a starring role in off-road events such as the Al Adaid Desert Challenge, next up on 25 February 2022.

Wherever you choose though, as with remote hiking, remember to keep yourself covered and hydrated, taking ample supplies of food, water and sunscreen. 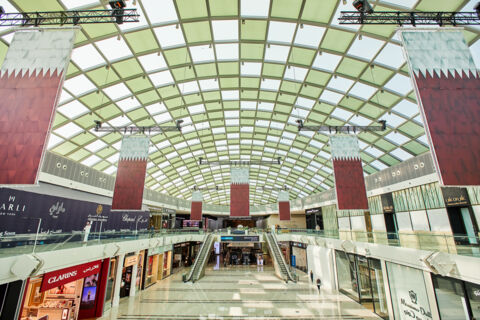 Facilities such as Aspire’s EsQalar outdoor climbing wall notwithstanding it’s the aforementioned Bir Zekreet, also known as the Brouq Peninsula, that most gets local rock climbers’ pulses racing.

Found on the west coast, about 60 miles northwest of Doha, it’s part of the UNESCO-designated Al Reem Biosphere Reserve. And while others are drawn by attractions such as the abandoned film sets, Zekreet Fort, and resident animals such as oryx and gazelles, it’s the impressive escarpments, wind-worn mushroom-shaped rocky outcrops and challenging limestone walls that appeal to this select group of adventurers, the established routes denoted by names such as The Crack, Tiger and Spanish Angel.

Top sites for those interested in caving and bouldering include Musfur Sinkhole, in Umm Al Shabrum. The country’s largest known sinkhole, or cenote, it may serve as the entrance to a wider cave system. Either way its supersized features provide a scenic backdrop to many an Instagram image.

Images of wildlife-rich forested waterways might not be the first thing that springs to mind when thinking of Qatar, but head to the Al Thakira mangrove forests around Purple Island, on the north-eastern coast near Al Khor, and that’s exactly what you’ll find.

Visitors can access the island via the scenic, forest-flanked walkway through the mangroves, stopping for a picnic on one of the country’s finest stretches of beach. The more adventurous, however, take to the water, a kayak offering a far more enjoyable way to experience the majesty of this fascinating, yet fragile ecosystem.

High tide marks the best time for guided kayaking excursions to navigate the waterways and inlets secreted among the trees, getting close-up views of the wildlife that finds a home among the mangroves and their salt-encrusted pencil roots, from crabs and fish to migratory birds such as flamingos, learning about the local ecology from the experienced guides.

Qatar enjoys great sailing conditions year-round. The best facilities are to be found in Doha where South Marina Yacht Club, Qatar Sails and Regatta Sailing Academy feature among visitors’ first ports of call. The latter, with bases at Katara Cultural Village and the Four Seasons Marina, is a particularly good bet. In addition to organising regattas throughout the year, it offers everything from junior and adult dinghy sailing courses to yacht courses, windsurfing and powerboat instruction. Clients can also hire boats or work towards internationally recognised accreditations such as RYA Yachtmaster and Day Skipper.

Alternatively, those in search of a more authentic, local experience can try their hand at dhow racing courtesy of operators such as Doha Marine Sports Club. After all, why settle for grabbing a dhow cruise from Doha’s Corniche when you can have a go at sailing one yourself?

A relaxing retreat at Salwa Beach Resort, around 60 miles from Doha, is just the ticket for those looking to escape the hustle and bustle of city life. The well-served destination resort is ripe for family-friendly active breaks, backed by a marina and a two-mile stretch of private beach.

There’s diving and snorkelling on offer at its Oasis Marine World and a wide range of rejuvenating treatments at the luxury eforea Spa, with tailored packages aimed at everyone from mothers and daughters to couples, teens and bridal parties. Factor in the huge range of food and beverage concepts, such as Levantine, Souk Kitchen and The League, a laid-back sports bar concept, and you’ve got the makings of a memorable break.

That said, the undoubted star of the show is its Desert Falls Water & Adventure Park. Open daily, it’s one of the region’s largest theme parks, featuring a plethora of pool areas and rides, from inner tube slides and the twin-tube King Cobra to its Surfing Dunes surf simulator. New options under development include a climbing and canyoning experience, and petrol heads won’t want to miss the Desert Street Circuit karting track.

Kitesurfing offers some of the best outdoor fun you can have in Qatar and it’s a staple offering among local watersports operators. It’s best done in the first half of the year with ideal conditions found in spots such as Zekreet, Al Mafjar and Mesaieed’s Sealine Beach, with Fuwairit a good bet for beginners. Doha-based adrenalin junkies, meanwhile, make the most of the facilities at the Spit, in Lusail, alongside pursuits such as wakeboarding. 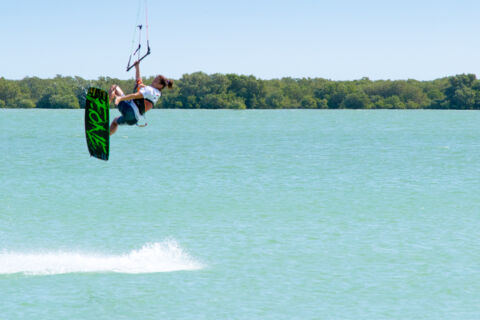 Take to the air

Paragliding is another great extreme sport to try in Qatar, gifting visitors an unrivalled bird’s-eye view as they soar above the coastal landscape and desert areas. Top spots to have a go include the dunes around Sealine Beach Club, where local operators such as Sky Masters also offer wingsuit flying. Other similarly adrenalin-pumping options for the stout-hearted to consider include parasailing and paratriking, with hot air balloon flights among the more laid-back alternatives. 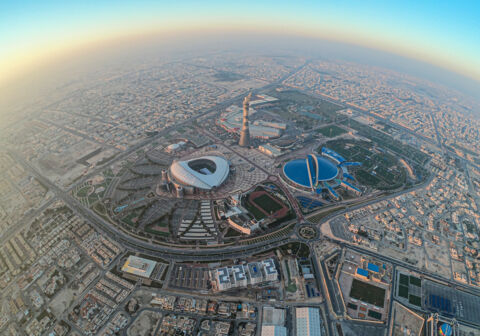 Doha-based Skydive Qatar, based at the Al Khor Airfield, north of Doha, is the country’s best option for freefall fans. The extreme sports trailblazer offers everything from beginner-friendly tandem skydives to wingsuit flying, backed by a programme of instructor training courses. What’s more, customers will walk away with a video and photographic record of their adventure. 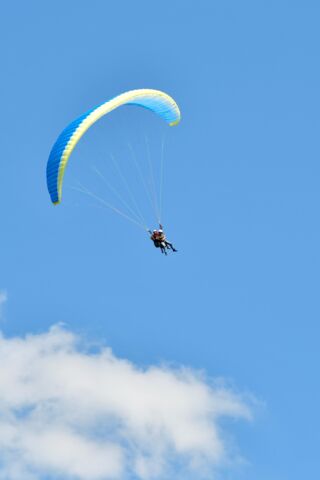 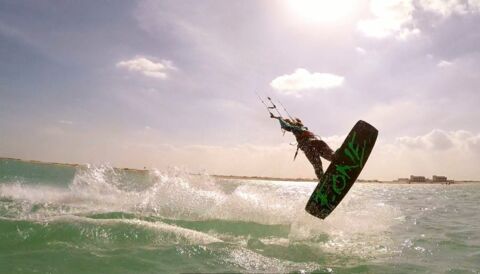 Active breaks and adventurous activities offer some of the best ways to experience and appreciate Qatar’s natural beauty, from towering dunes and desert areas to watery wonders like the Inland Sea, its northernly mangrove forests and the veritable watersports havens of the Persian Gulf and the Gulf of Bahrain. 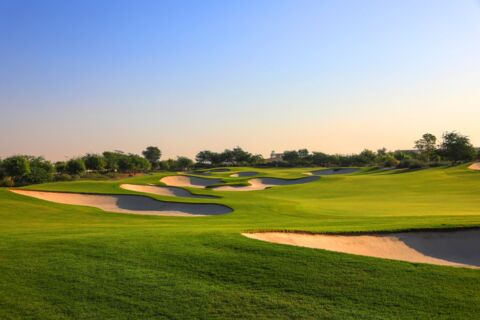 How to play golf in Qatar

All the information you need for the perfect round on Qatar’s golf courses, by Joy Chakravarty 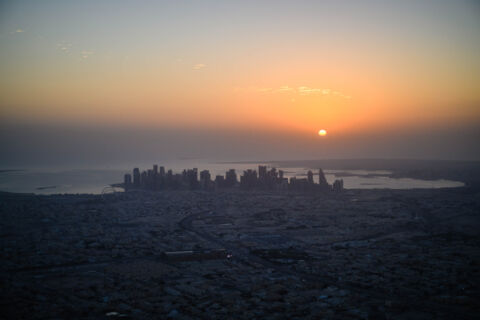 Making the most of a stopover

Everyone from business travellers adding some downtime onto a work trip to leisure travellers passing through on flights further afield will appreciate a short stay in this popular transit hub — Doha’s compact nature and logical layout help visitors make the most of their time.